I’m excited that my birthday is Saturday and that I’ll be seeing the New Kids on the Block live for the first time ever!

I’m excited that it’s not going to rain for the next few days!

Where does the time go?

I’m still here, folks. I’ve just been a busy girl. Specifically, I moved after 18 (yes, eighteen) years at my last place. Although it had been 18 years, moving sucks just as badly as I remembered. But the new apartment is so much better. It’s bigger, it’s brighter and the neighborhood is so peaceful. I can hear birds chirping every morning and there are constantly bunnies hopping around my back yard.

I’m extremely grateful that I “konmari-ed” most of my stuff a few months ago which made it a little bit easier but – from the very back of the shed, I found boxes that hadn’t been touched since I packed them up from my childhood bedroom more than 20 years ago. I got a little bit emotional because I thought most of that stuff was long gone.

In other news, I turn 40 years old one month from today (HOLY FUCKING SHIT) and I’ll be kicking my year off seeing the New Kids on the Block lives for the first time. Turning 40 years old while partying like I’m 12.

I’m also looking forward to another Bruins victory tonight in the Stanley Cup Finals. I want this Cup almost as badly as I want Super Bowl championships. Can you imagine Boston hosting its THIRD parade in nine months?! It would be a giant middle finger to the rest of the country… and I can’t wait for it! *fingers crossed*

Until then maybe we can have a picnic in Boston and wait..

The one thing I really hate about football is that the offseason is so incredibly long. Sure, it’s much easier when your favorite team plays until February almost every year (YAY! WOOHOO!), but that still leaves seven months of time to kill (please don’t even say anything about baseball zzZZzz).

So, I fill my offseason months on TV and tonight, after nearly two years, we’re getting back one of my favorites, “Game of Thrones.” I’ve been obsessed since Season One and now, we’re just minutes away from the final season premiere.

Without further ado, I present my bold predictions for the final season of GoT:

1. Besties Samwell Tarly and Bran “three-eyed Raven” Stark will figure out how to best the White Walkers in an absurdly obvious way.

2. Dany and Jon are not as bothered as we think about his actual genetic lineage.

4. Missendei and Grey Worm get married.

5. Sansa and Gendry get married. I know everyone thinks it’s going to be Arya, but I think they’re just friends. Arya’s more concerned with killing than marrying.

6. At least one beloved character is going to become a wight (undead).

8. The Hound overcomes his fear of fire.

Did you know we’re going into the 10th Super Bowl Weekend of my tenure as a Patriots fan? 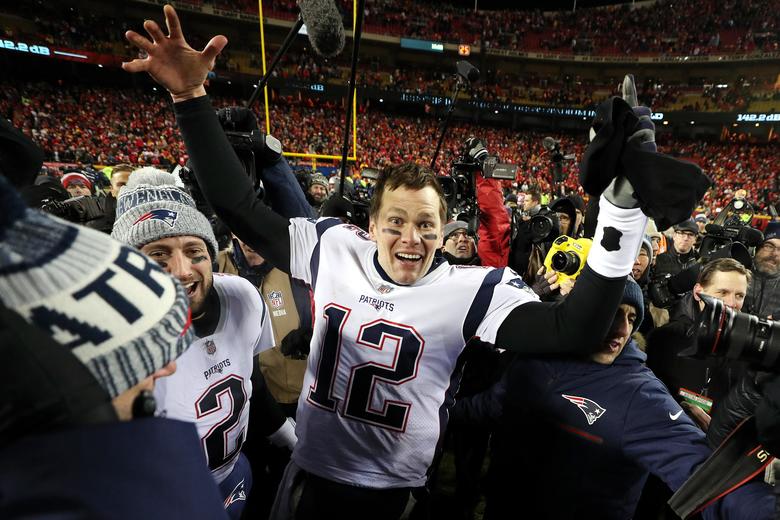 And even after all of these years, it never gets old. I don’t think I could ever get sick of it. 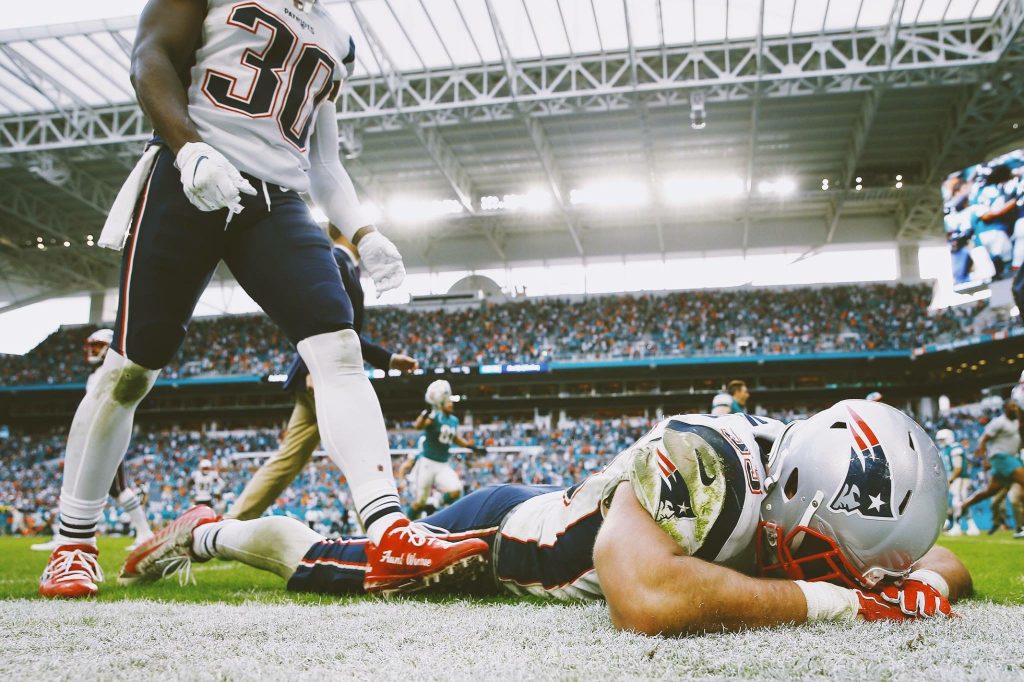 Why must we always suck when we’re playing in Miami? Once again, the Patriots fall to the Dolphins in their own personal house of horrors, Joe Robbie Sun Life Pro Player Land Shark Hard Rock Stadium. We’ve lived this nightmare before – as recently as last season. But this year’s loss was a new level of repugnance. With 7 seconds left to play, the Patriots allowed the Dolphins not one but TWO lateral passes to get into the end zone. Are you fucking kidding me?!

I can maybe understand a teeny tiny bit when we’re down there in September and its 95 degrees with 100% humidity. But what I can’t understand is why we still manage to lose when their QB is hobbling around and we have EVERYTHING RIDING ON THIS ONE STUPID GAME.

I hulksmashed through my living room, tossing Patriots figurines and memorabilia. I Gronk spiked a teddy bear and heaved a Patriots helmet. I stopped just short of hurling something at my TV (like I did after the 2011 regular season loss to the Giants).

I’m sure my reaction was heavily overdramatic. The Patriots are still going to make it to the playoffs and they’ll still win the division and they can still achieve a first round bye (thanks, Indy and Oakland!) but man, today’s loss stings.

I’m going to need a few days to recover from this abomination.

It feels nice to finally have my website back. I don’t expect anyone to read it, but I don’t really care. I’ve had this thing for so long, I felt empty without it. This website is old enough for a driver’s license!!!

I also really missed having a place to air my grievances and log the minutiae of my life. Facebook is no place for that. In fact, I think quite a few of my Facebook “friends” could benefit from having their own blogs (and a grammar handbook, and a basic education, and a moral compass…), but I’ll save that rant for another day.

My life isn’t very exciting anymore (was it ever?!) but it’s good for me. I spend most of my time during the week commuting to work, complaining about my commute to work, and then commuting home from work. Boston traffic is a mofo. More on that later…

But on the weekends I get to spend time with my nephews, who are the lights of my life. I can’t wait for my visit all week and then when I have to go home, I miss them so deeply, it hurts. I guess I could always have my own but then I hear about women tearing their buttholes during labor and I’m like, no. I also can’t handle vomit and boogers, so, yeah. #foreverauntie

Anyway, it’s good to be back. Let’s hope I don’t bore anyone to tears. 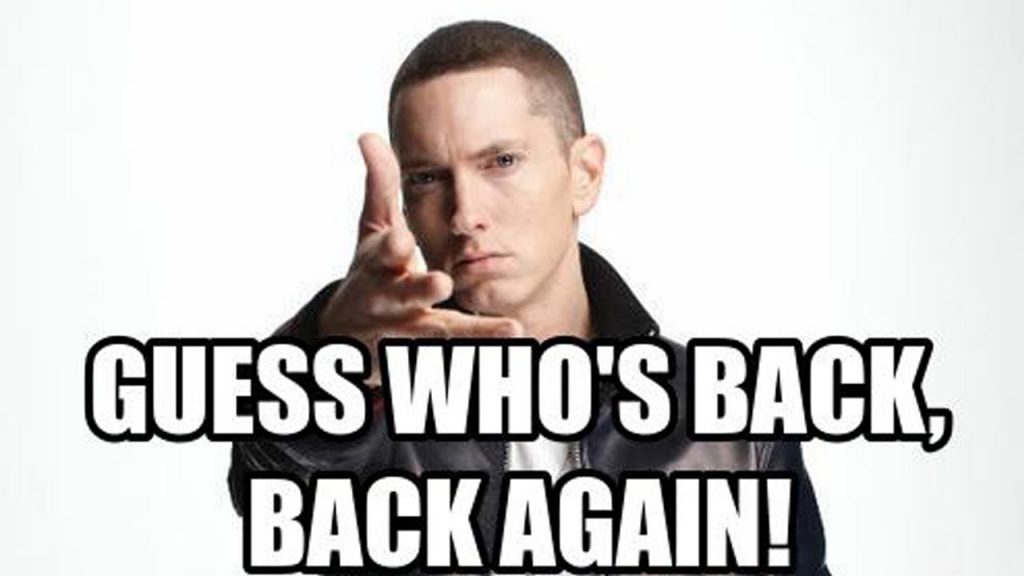